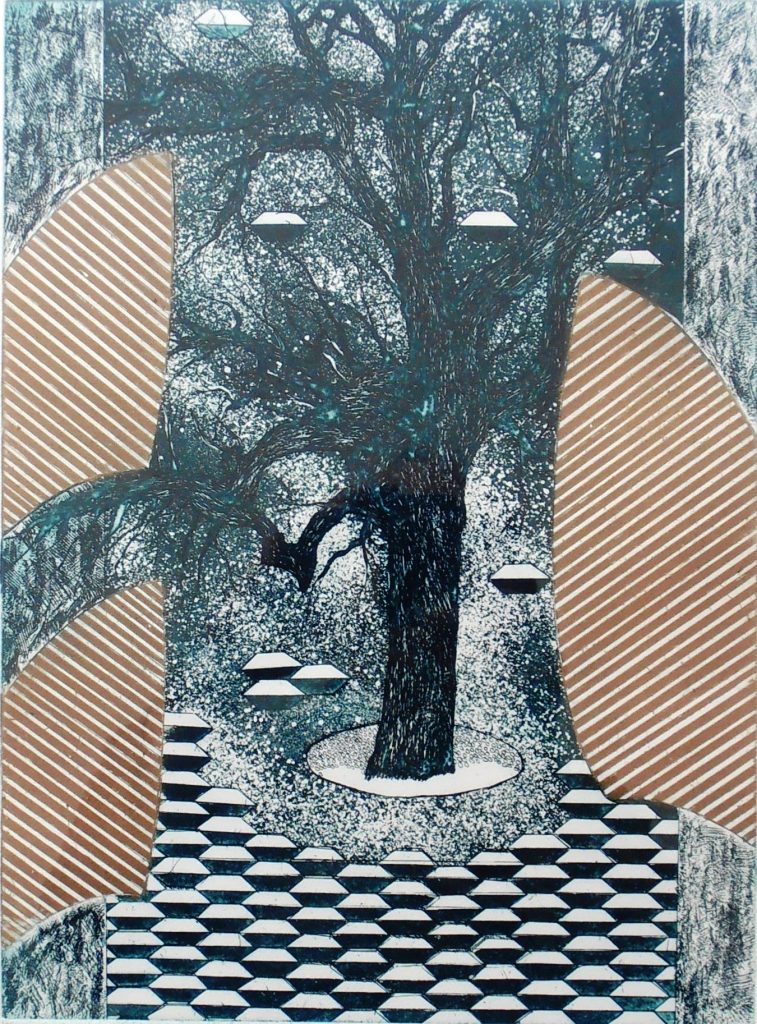 Paul Woolley’s career in art began with the desire to become a sculptor and to pursue an art career. He gained a BA Degree from Bristol Polytechnic, now the University of the West of England (UWE). He worked for a company that provided specialist framing services for several established artists, such as Anthony Gross, Peter Blake, David Inshaw and Bill Jacklin. The company also provided bespoke frames for private clients and commercial galleries, which included the Waddington Gallery, London. During this time Paul continued to develop his style exhibiting in “open” group shows. One of which was at the Camden Arts Centre, London.

A change in personal circumstances led Paul to work in business and industry. During which time, he maintained his interest in art by continuing to work on his own paintings, whilst also attending classes in print making in London. Paul also worked in Training and Recruitment and as a Specialist Personal Tutor at Thames Valley University and Reading College, where he worked with young people and adults. During this time he taught “20th Century Art History” on the National Diploma, and a 3D/Graphics Course.

With his devotion to his craft and to creative expression Paul Woolley has now exhibited his work regularly over the past eight years. He is currently immersed in inspiration and productivity and there is undoubtedly an exciting and revealing period ahead.